Cement Bricks are the most widely used type of house built by middle-class people.

The reason for using them is that they are cheaper than other bricks. They are also set up as huts in all areas.

If we want we can also order in any size we like. Also, cement bricks have almost the same rigidity as Red Bricks.

There are different sizes available so we can choose the right size for our house structure.

Building with these bricks will speed up the work. 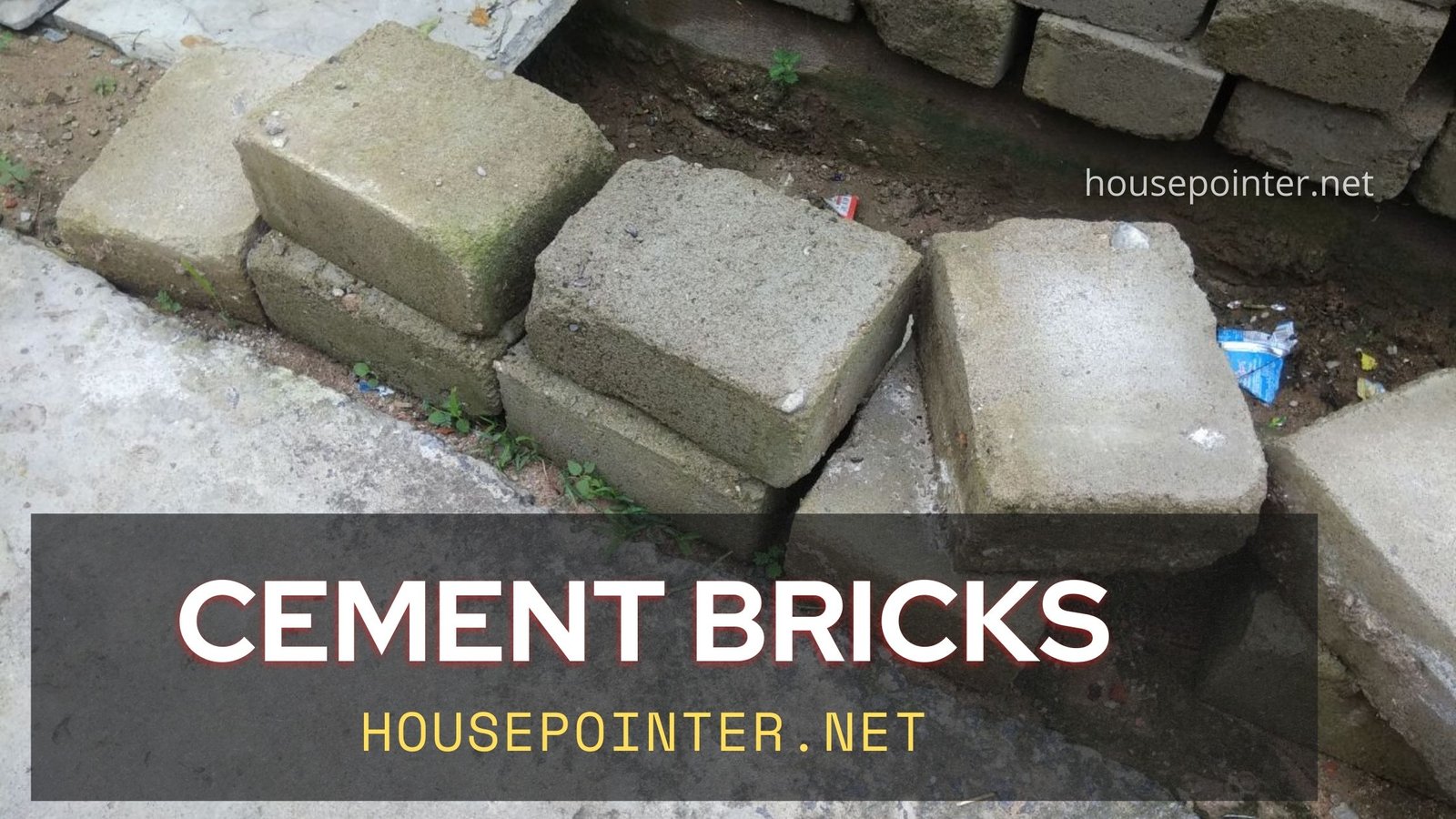 Cement Bricks are usually made of a mixture of Cement, Sand, and Aggregate. The finished bricks need to be cured for a certain time.

Bricks made with fly ash are also known as cement bricks. But these are not as strong as bricks made of Cement, Sand, and Aggregate.

Cement is used near the joints in these brick walls. No glue is required as used for AAC blocks.

The weight of the brick is very high due to the presence of gravel in them. A single brick weighs about 5 to 8 kg.

These bricks can be used up to a single floor, but if used for multi-story buildings the weight on the beams will be higher.

Being overweight makes them a little harder to carry.

They are also made locally so you need to identify which ones are the best quality ones.

Poor quality bricks can cause cracks or cracks during construction.

Made with cement so after these are made, curing will be required. The minimum Curing period is 10 to 15 Days. Walls if not curing properly Will be damaged.